Last week, I told you all about how I returned to music after nearly 30 years. On a dare from my kiddo, I rediscovered my great passion for music as well as found a new outlet for cool outfits (we call that a WIN/WIN here).

I sort of referenced a performance in December where I was quite ill.  Without belaboring all the symptoms, it was a very stressful week for me.  I came down with a terrible virus and knew I had to shut down all talking to hold my vocals for the show.  Himself was thrilled by the silence! Hot tea, Young Living Essential oils, vitamin C–you name it and I was doing it.

When I arrived at the venue I had almost no voice left, but was determined to hit the stage.  Here was a big MOM moment–teaching my kids about commitment and overcoming fear (which I was full of, for sure).  Again my friend Nick cheered me along.  I made it through about 60% of my songs, including a wispy “Harder to Breathe” by Maroon Five. Actually, all three vocalists were deathly ill. We ultimately had a “redemption night” a month later and knocked it out of the park.  Here’s the vocal team on a medicinal time out! (Clear Voice is the bomb!)

As fate would have it, a friend of the family attended the show that night.  Andy played in a band back in the day, had been toying with some local acoustic nights, and was looking for a vocalist.  What possessed him to see past the froggy performance I put on that night, I will never know, but I’m glad he did. I’d put Andy in the Moxie DAD category as he has rediscovered his love of music and former hobbies too.  His teen daughter is a friend of Conman’s and the two are equally horrified by our venture.

Andy and I started rehearsing some songs over the winter, and he found a recording studio.  My first thought was “who in the actual hell would want to listen to a recording of me,” but Moxie Mama was already rolling so I (of COURSE) said yes.  I needed blogger material for you guys!

MCM Recording Studios (Middle Class Millionaire, for the uninitiated) is located between Mt. Washington and the South Side of Pittsburgh.  In an old storage facility now used as rehearsal spaces, Mike HITT (yes, his name) created a really cool studio space. 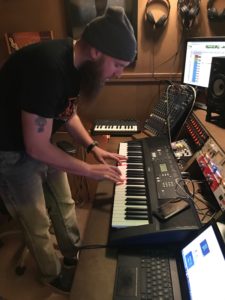 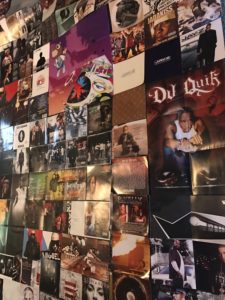 Mike engineers music for REAL performers and BIG television networks.  But he also works with total amateurs who just want to get the experience.  For about $200, you get a three-hour session in the studio and beautifully engineered tracks! Be prepared for some work, though.  Andy and I were very used to performing together and when instruments and vocals were recorded separately, it was not as easy as expected. 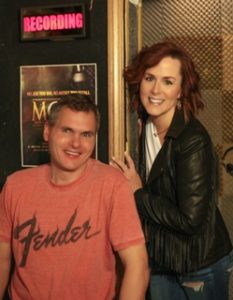 A real challenge in many ways, this was also a truly incredible experience.  HITT says he has a lot of “bucket listers” coming through as well as pros.  He said he enjoys the newbies because for people like Andy and me, this is truly a dream come true.  As these things go, the cost split between some musically-inclined friends is a really reasonable and EPIC way to spend an afternoon or give someone the gift of a lifetime! (I did make a two-track CD for my dad for his 80th birthday) 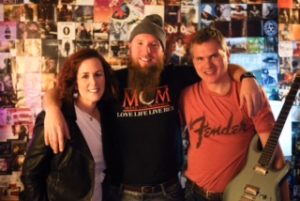 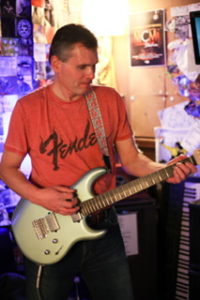 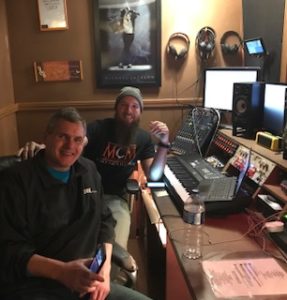 Ultimately, this was a great challenge that yet again took me way outside of my comfort zone.  I can’t wait to bring Tbone and Conman over the summer to experience music engineering first hand and get some tracks down.  With a guitar, vocalist and saxophone, I’m thinking “Sir Duke.”  (click the photo below for a surprise) 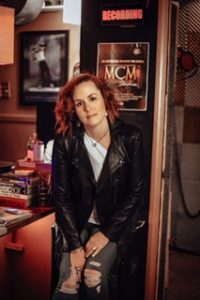