Growing up, there was always music around.  My siblings were teens and listened to AMAZING music, my parents had a range from Sinatra to show tunes, and I had a love for ALL the 80’s tunes.  I sang all the time and joined the school chorus as soon as I could.  Musicals, show choir, chamber singers, christmas caroling–it didn’t matter, I was doing all of the things.

By college, the idea of another audition killed me and I stepped away from singing almost altogether.  The occasional car jam and even more rare karaoke night were about it.

About three years ago, Tbone joined the performance program at School of Rock.  He shredded the guitar and, much to my surprise, started to SING!!!  From the Beastie Boys to Guns-n-Roses, he was killing it and I was SO proud. 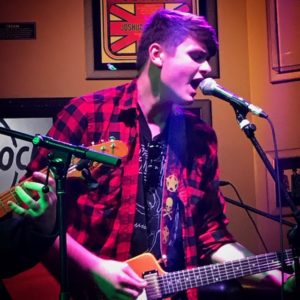 Last January, he mentioned that SOR had a group of instructors and parents with their own band. They were looking for a vocalist.  Honestly, I figured he was punking me.  For several weeks, he would drop hints and reminders about this group and I continued to ignore him.  What MOM has time to nurture her inner rock star?  Really? I’m running a home business AND carpool!

My friend Rachel did call me out at one point–she said “your 13-year-old WANTS to you be in a band, just like him.  You kind of have to or you are a bad mom.” (You have to know Rachel.  This was epically hilarious.)

Tbone is my mini-me.  And he can read me like a book.  Eventually he issued a Christmas-story level challenge: he TRIPLE DOG DARED ME to go. Ugh. OK.

Anxiety.  Panic. SWEAT.  Everything kicked in to overdrive and I knew why I had resisted for so long–I had let fear get the best of me.  The longer I was out of the habit of performing, the scarier it was.  I told the band that my goal was to get through the rehearsal as an observer without getting sick.  If that worked, I’d come back.  I mentioned a song I liked.  Next week, I said.  Next week.

You probably guessed that they ambushed me by learning the song over a five-minute break.  Nick, former guitar player for Black Label Society and our esteemed leader, handed me the mic and said “just rip off the band aid, Sam.”

I don’t actually remember that first song except that it felt SO GOOD to sing again!  I was IN!  But wait, we were going to perform at the Hard Rock Cafe in a matter of WEEKS. I obsessed over resting my voice.  I (DUH) obsessed over what I would wear (I think the W by Worth maxi dress worn as a duster delivered the perfect Coachella Vibe, no?) and how I’d do my makeup (JP Makeup Artist to the rescue for that one).

My friends ALL came for the show.  What I heard over and over was “I could NEVER do what you are doing” and “I never knew you could sing.” For those who’ve known me my whole life, the concept that people didn’t know my love for singing is foreign!  I love and adore them all for yelling and swaying with lighters while I perform. 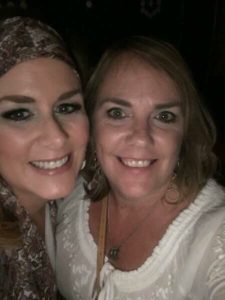 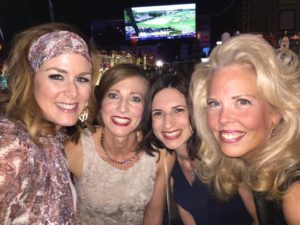 The first time on that stage was beyond anything I’ve ever done.  Nearly THIRTY years after the last time I performed in public, I sang “White Rabbit,” one of the first songs I remember from my childhood. You can check it out here.

Amazingly, over a year later, the nerves are gone.  We have performed three times at the Hard Rock. In December, I took the stage with the WORST laryngitis I’ve ever had just to prove that I could overcome this huge challenge! 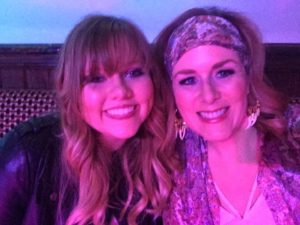 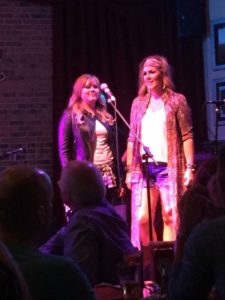 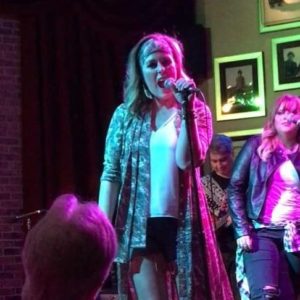 So what’s my message to YOU?  Go try whatever it is that you want to try.  Grab your old guitar or paint brush and find the time to nurture what you once loved or learn something totally new.  I have some amazing friends in the band that I would NEVER have met otherwise and have regained so much confidence with performing.  My kids and husband? Supportive beyond my imagination. This has led to so many positive discussions about goals, dreams, and perseverance in our home.  That alone has made it worthwhile. 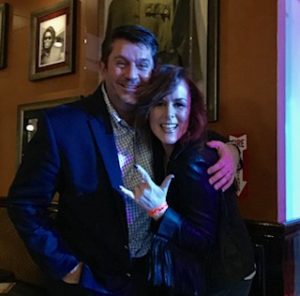 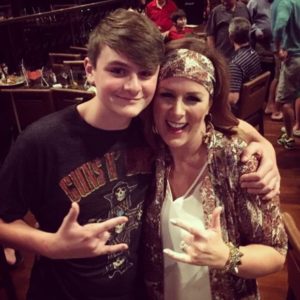 Without this initial push from Tbone, I think its fair to say that Moxie Mama wouldn’t exist either.  This experience allowed me to turn up the volume in my own life and start this journey.

There’s more to the story that will have to wait.  The performance experience led me to one of the most fun things I have ever done and I can’t wait to share!

PS Want to learn more about the School of Rock for yourself or your kids?  The Pittsburgh location’s Facebook page is linked above, and the one here  ^ will take you directly to the national website for more information. 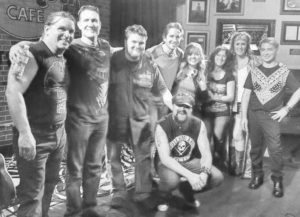 From Desk to Date Night–Spring Edition