A note from Sam:

As I went to publish my recap and review of Pittsburgh Fashion week, an event that impacted me greatly and was so great for our community, it came to my attention that PDCDC chose to end their creative collaboration with Ms. Elysia Newman. I am confused and astounded at this choice when the event was so clearly a complete success. I post this as an update to my comments below on their partnership, the result of which was impressive. 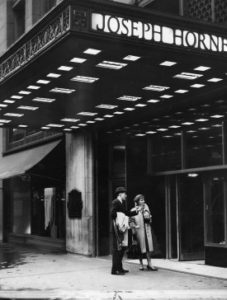 As a little girl growing up in Pittsburgh, we had four city department stores. These stores had fancy restaurants, luxury designer showrooms, and everyone dressed before a day in the city.  Fashion was an EXPERIENCE.  To add to this, my dad was an executive in retail.  Long before “take your daughter to work day” was a thing, I would travel to town numerous Saturdays every year to be immersed in the world of fashion and retail.  It was here that my love for the genre was born.

In the early 1980’s Pittsburgh really struggled.  The Steel industry was suffering, many were out of work, and we had a challenging pollution issue.  Sad that it was pervasive unemployment in the mills that led to the clearing of Pittsburgh’s skies, but eventually she got the physical facelift she was due.  Post-Renaissance, tech companies popped up.  Banks merged into mega-Institutions. Our sports teams dominated (ok not so much the Pirates, but whatever).  Those of us “lifers” loved our city before she was “most liveable.”

Sadly, much of the growth of the city also saw a massive decline in retail and fashion.  Large department store chains bought out our smaller, local retailers and the downtown shopping became smaller and smaller.  First Gimbles (closed), then Joseph Horne Co became Lazarus which became Macy’s, then Kaufmann’s was also gobbled up by Macy’s.  Even Saks closed it’s doors.  Retail left the city JUST AS the residences in our beloved town BOOMED.

My personal theory is we got scared.  Pittsburgh didn’t suffer the 2008 recession like the rest of the country because we had endured our great depression, but our confidence was still low.  People in our town adopted a mentality that our greatest asset was our sports teams and the only retail to survive were Fan Wear stores.  Black and Gold for ALL!!!

Several years ago, a dynamic woman named Miyoshi founded Pittsburgh Fashion week.  She spent years building up the community.  Sadly, she was unable to continue it and it was adopted by the PDCDC

Also from 2016-2017, a powerhouse group of women chose to audit the fashion community in Pittsburgh.  This happened just as I began blogging and I was fascinated with this concept.  Industry leaders coming together to challenge and explore bringing our city to the FOREFRONT of fashion.  They presented their findings in an annual report and created a not-for-profit Called Style412 to continue to work towards the common goal of bringing major design, production, and retail to the 412.

As a stylist and Pittsburgh LIFER, learning of the marriage of Style 412 Executive Director, Elysia Newman to the Pittsburgh Fashion Week events was life giving! Having attended the events in 2017, we in the fashion community were thrilled with this collaboration.

This Fashion week was definitely the place to see and BE SEEN!  Three separate events took place over the past week with elevated style, knowledge, and just edge.  Pittsburgh has ARRIVED!

Held at Il Tetto, the rooftop of Sienna Mercato, this stylish cocktail party on Monday featured a custom cocktail (the “It Factor”) and Pittsburgh’s best dressed.  Industry insiders, bloggers and stylists, and city executives came together with a common love of fashion and support of the new life of style in our city. 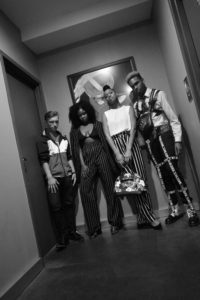 The educational piece of the week was probably the most important addition.  An opportunity to discuss the future of fashion with leaders in fashion tech and color, the panel consisted of Amanda Cosco Founder of Electric Runway, Gemma Sole COO and co-founder of Nineteenth Amendment,and Dee Schlotter senior marketing director of PPG. The group discussed smart fabrics and wearable tech, zero-Inventory retail, and the psychology of color and how the trends are predicted.  If we are to truly embrace fashion as an industry in Pittsburgh, this piece is critical. 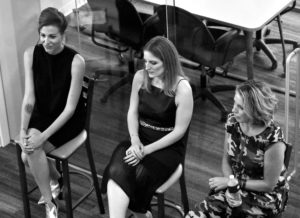 VIP’s enjoyed cocktail tastings, light appetizers, and great swag bags.  The runway was set center of the PPG Wintergarden, an architectural masterpiece and sophisticated location for such an event.  As the music started thumping, the energy was palpable.  Local models hit the catwalk with confidence and flair.  Edgy fashion, Indian inspiration, elevated athleisure, innovation were present in every feature.  Our local stylists took such care under the guidance of the creative directors.  Every piece was pleasing to the eye.  Not having an emcee was a  very New York touch and well-appreciated by the audience.  Slick and sophisticated. 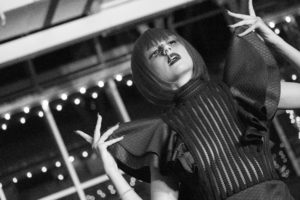 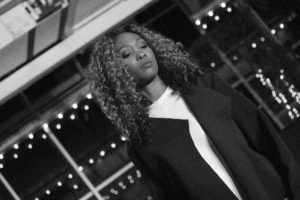 My lifelong passion for fashion became a full career in the last few years. Honestly, I spent much of my summer doubting myself as an independent image coach, and blogger. I felt a little isolated in this passion until the community came together this week. I have never been more energized or excited for my own future and the future of our city. This is the moment I’ve waited for since I was a kid.

I cannot congratulate Ms. Newman and her team enough.  To have her creative vision partnered with the PDCDC was sheer genius and this Pittsburgh LIFER is so relieved to see the return of STYLE. 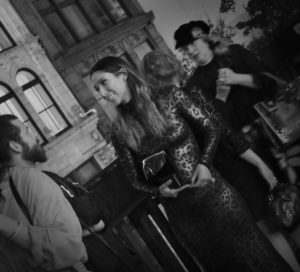 Thank you to Carly Taggart for the use of your stunning photos. #moxiesquad

How Gen X Parents Can Teach Consent to Gen Z

John Hughes was my Stylist