Luck be a Lady

People often tell me I’m lucky. Maybe. But I think what I actually am is curious, and it pays off.  I have MOXIE.

I try really hard to live fearlessly and try new things.  Ziplines, helicopter rides, singing in a band…you name it.  If I had a chance to ride a camel I would do it.

Sometimes the willingness to say YES to adventure leads to incredible experiences.  I hope to Heaven that Himself and I are instilling this into our boys.  Does that make for good luck?  You betcha…

A couple weeks ago, a friend mentioned they knew someone looking to do a news piece on high school kids who left football for another sport after a concussion.  I said I’d be happy to speak to the reporter, assuming it was a local paper or something.  Within a day or two, my inbox had an email from a producer at CBS News. 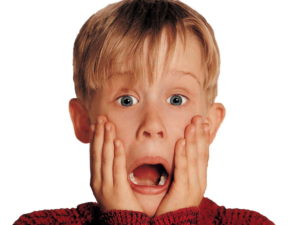 After talking it over with the family, we decided to move forward.  We were a little nervous about exposing ourselves in this story (how would the kids come across, we always felt the coaches were safe with our kids–make sure they know that), but ultimately said why NOT?

We didn’t tell a ton of people we were doing this.  When we did, there was a lot of “you’re so lucky they picked you.” But all we did was say SURE. Let’s try it…

Anyway, I guess all I’m saying is that sometimes you can make your own luck…by simply saying YES to a great adventure.

And here’s the finished product…our 4 minutes, 22 seconds of fame:

Video courtesy CBS.  Thank you to Durrell Dawson (producer) and Jericka Duncan (an OU Bobcat who took great care with our story)

The Most Sincere Pumpkin Patch