Mom to Mom, let’s have a conversation about the second season of Netflix original, “13 Reasons Why.” 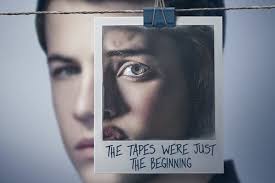 I read the book several years ago.  While I felt it was raw and brutal, I took it as well-written and thought provoking.  I also read it when only my oldest was in middle school, so high school and it’s necessary evils seemed a lifetime away.

When the series came out, I watched it through in the event my kids wanted to see it (Conman had read the book). I was shocked at how melodramatic they’d made the story vs. my recollection from the novel.  Psychology experts weighed in EVERYWHERE about how dangerous this depiction was in it’s near-glamorization of suicide.  Hannah’s creation of her tapes also, according to the experts, portrayed her suicide as revenge in a way that is inconsistent with most teen suicide. While much of the bullying, drug use, peer pressure, and sexual assault are undoubtedly real and raw to today’s teens, planting any kind of seed that suicide is a viable option seems dangerous. I’d also argue that there are MORE good kids of strong character out there–and none attend fictional Liberty High.

The overwhelming popularity of the series has, however, delivered us a season two.  While I didn’t do more than discuss my opinions of season one and share an article on facebook last year, I am moved to write brutally (as a mom of teens) as this drops to Netflix.

I grew up in the 1970’s and 1980’s.  We had after-school specials and evening movies that covered the really relevant and difficult topics of growing up in a way that was relatable, but also provided the BEST POSSIBLE SOLUTIONS for those watching at home.  Not sanitized stories, but where people ultimately did the right thing and we at home learned a lesson.  There was suffering, but also a way out.

Now we have this over-the-top, melodramatic characterization of ONE high school with “13 Reasons.” Is there a single child at Liberty High who has a moral compass?  Catergorically NO.  There are occasional glimmers (Clay et al helping Justin detox from heroin addiction and homelessness), but Clay also HIDES JUSTIN IN HIS HOUSE during this process with virtually no consequence when it is discovered.  What would have been so terrible about sending him to a clinic with his parents’ help?

Photographic evidence of a serial rapist is hidden from the police while this soapy Scooby-Doo gang investigates the crimes against Hannah on their own.  Again, no consequence and NO suggestion that they should ask for HELP FROM AN ADULT. 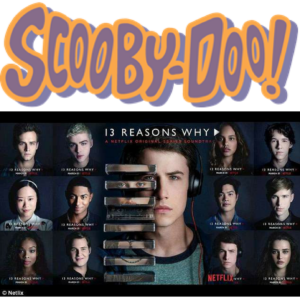 Parents are addicted, naive, and abusers.  Obviously these are real situations but there is not really a single set of parents who achieves a moment of best practice.  Jessica’s parents discourage pressing charges against Bryce for the rape he committed.  Bryce’s parents never really dig for the truth of their son’s crimes.  Clay’s folks, well, I cannot even.  They rival the absentee parents of Timmy Turner and have zero clue what their son is doing.

The privilege shown to Bryce at the moment of justice (when tried, he receives a stomach-turning three month probation only.  Thanks Stanford Swimmer.) is sadly VERY realistic, but the message I took away is–why would a woman, much less an already-sexually-active teenaged girl EVER speak up again.

The moment that has me most concerned is the spring fling dance.  While it seems, on the surface, that most of the kids are finding a place of closure, one boy, Tyler (the photographer.  Kind of a nerdy kid who starts to buck the system in vandalism and revenge pranks–all a bad idea) is unraveling.  He has just returned to school after psych treatment and things are looking up.  Sadly, one of the jocks (Montgomery) can’t just let it go that Tyler’s actions ruined their championship baseball season.  He and several other boys attack Tyler in the boys’ room and Monty sodmizes Tyler with a mop handle.  And yes, they show every detail.  While this does create, as the director says, “radical empathy” with a character you haven’t loved (Tyler), it is BRUTAL and he also doesn’t report it, even when his mom asks if he’s ok.

So back to the dance–Tyler packs up the arsenal of guns he’s been accruing all year and goes to the school to shoot it down during the social.  Several students are made aware and react: by SENDING A STUDENT OUTSIDE TO TALK HIM DOWN AND ENCOURAGE HIM TO SIMPLY GO HOME BEFORE THE POLICE ARRIVE.

I watched “Beyond the Season” (the sofa interviews with the cast, director, and “psychological expert consultant”). I hoped for some shred of understanding as to why they chose this story arc.  They patted themselves on the back for being real and raw, for providing phone numbers and resources at the beginning and end of each episode for the kids watching to seek help.  Ok, well done.

EXCEPT–when discussing the potential school shooting, the pyschologist actually says “while the RIGHT answer would OF OURSE be to call the authorities and shelter in place, Clay goes to help his friend [sic].” Um, what the HELL?  As a medical professional, are you NOT bound by the Hippocratic oath “first, do no harm?” What about the kids who see this and NEVER HEAR HER VOICE?  There is no individual blurb about what the RIGHT behavior was.  The designed message was truly cover for your friends.  Quick sidebar, kids underreport already because they believe the threats to be harmless. There is NO follow-up to victims of sexual assault about the IMPORTANCE OF TIMELY REPORTING, or of the supports in place when you do. (see the protocol for Boston University HERE for example).

As a mother of teens during a period of prolific school shootings, drug abuse, and sexual assaults, where was the G-D message of empathy and care?  Where was the attention to PROTOCOL AND SAFETY?  Those who do finally get brave, report, do the right thing are punished (guidance counselor Mr. Porter losing his job) and life simply goes on.  While that may be “real and raw,” it dangerously eliminates any hope of the right outcome for doing the right thing.  Kids will ignore shooter threats, bomb threats because they will believe that no adult will actually DO anything.  Rapes will go unreported because young men and women never saw someone really get justice. Ultimately, many many kids are watching this program.

I caution each of you as parents to WATCH IT WITH YOUR CHILDREN. Keep a heavy thumb on the pause button to stop for frequent conversations about what it SHOULD HAVE BEEN.  Personally, I’ll take a little “After School Special” after this.

And keep these numbers posted on your fridge.  Ask questions.  Actively parent.  Please don’t let a TV show get the last word to our children.

I am Not Ready–Thing 2 graduates

How Are You? That Heavy Holiday Question…

The Queen of Halloween